Mount Kilimanjaro is the highest point of Africa standing at three peaks, Kibo which is 5,895 meters, Mawenzi 5,749 meters, Shira 4,160 meters, the mountain is an awesome spectacle, but climbing it is achievable by anyone who is determined and reasonably fit.

There are several routes to climb the mountain, of which we recommend four. The Rongai and Marangu are the easiest, while Machame and Shira provide more enduring walk while ascending. The journey to the roof of the mountain takes at least five days and is best attempted during Tanzania’s dry seasons – July through September and January through March. and usually avoided April and May as it can be very wet with heavy snow and therefore also very cold.

Marangu 6 days route is the most popular ascending route and is an established route on Kilimanjaro and is perfect for those with no camping experience. Marangu is the only route that has the luxury of sleeping huts along the way with evening meals taken in a communal dining area. Read More

Rongai route begins at the northern side of Kilimanjaro. We through a true wilderness area towards the toothed Mawenzi Peak. The Rongai route is a steady ascent and is favorite by those with little experience. Read More

Machame route approaches summit through the forest from the and joins the other trekking routes before traversing beneath the southern icefields of Kibo. The rainforest is extremely beautiful. The 7 days route gives a complete maximum time to acclimatization and also gives the perfect view of the Barranco walls. Read More

Lemosho route approaches the summit from the west by the used Lemosho route. Lemosho route is considered to be easier and more beautiful than any other trail and it retains a real sense of unspoiled wilderness. Read More

Shira route approaches the summit from the west via Barafu camp Stella Point, before descending via the Mweka Route and Millennium camp. We walk across an alpine plateau and pass through the caldera of Shira volcano and exploring the rock formations of the plateau. Read More

The shortest route on the Mountain, the path can also be a very experience, particularly if it has rained recently! It’s a steep and rough trail up to the first camp, Umbwe Cave. The route is offering a real sense of adventure for the intrepid climbers. Read More 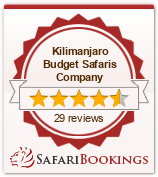 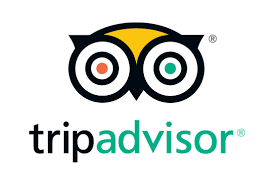